The Mixtape Manifesto: A Pop Culture Confessional by SW Hammond 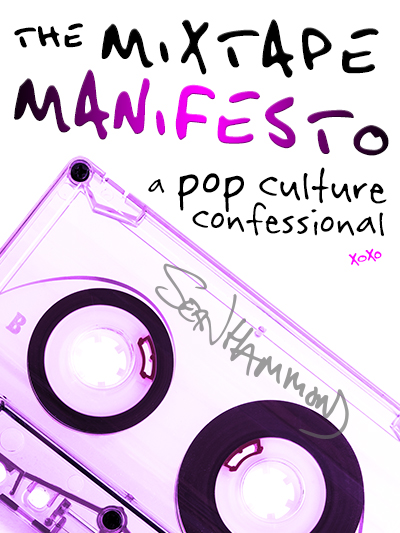 “A compilation of articles spanning more than a decade woven together to create the misguided anti-love story of a young man learning about the opposite sex through music, movies, and television.”

Originally titled Mojo And The American Female, the new release contains additional articles, photographs, design enhancements, and editing by Susan Helene Gottfried. The eBook underwent significant changes during its conversion to hardcover, constituting an entire new publication. The Mixtape Manifesto: A Pop Culture Confessional will mirror its digital counterpart and provide a seamless experience for readers.

Hammond, while spending more than a decade working for Sony Music Entertainment, Warped Tour, and Major League Baseball, has been documenting and reflecting upon his career and life. The Mixtape Manifesto is a selection of his articles that were contributed to numerous music, athletic, pop culture, and lifestyle publications, along with personal essays and memoirs never before shared with the public.

Raised on rock n’ roll, with a particularly strong affinity for women who rock, Hammond blends an unparalleled view of pop culture and philosophy that follows him from his early twenties through his early thirties. The Mixtape Manifesto is rich with photography capturing Hammond’s days as a tour manager on Warped Tour and working for Sony Music Entertainment, as well as bringing to life the music, movies, and television that has plagued his rational sense of love and relationships. From childhood viewings of Full House leading to his lifelong hatred of John Stamos, his introduction to the Riot Grrrl movement and Kathleen Hanna, and to a questionable infatuation with The OC’s Summer Roberts - each story blends a reflective Kevin Arnold-like inner monolog with Wild Turkey.

The Mixtape Manifesto is the byproduct of one too many romantic comedies. Inspiration, enlightenment, and delusion fuel Hammond’s quest as he searches for a bit of meaning to life and someone to share it with.

In addition, Hammond is currently preparing to release a set of fictional novels, the first, The Final Book: Gods to be published by Surf Star Media late in 2016.

The Mixtape Manifesto: A Pop Culture Confessional is available at all major online retailers and at www.swhammond.com/store. Hammond is available for interviews and appearances. Please contact for booking.